BOOK AT THE BEST PRICE 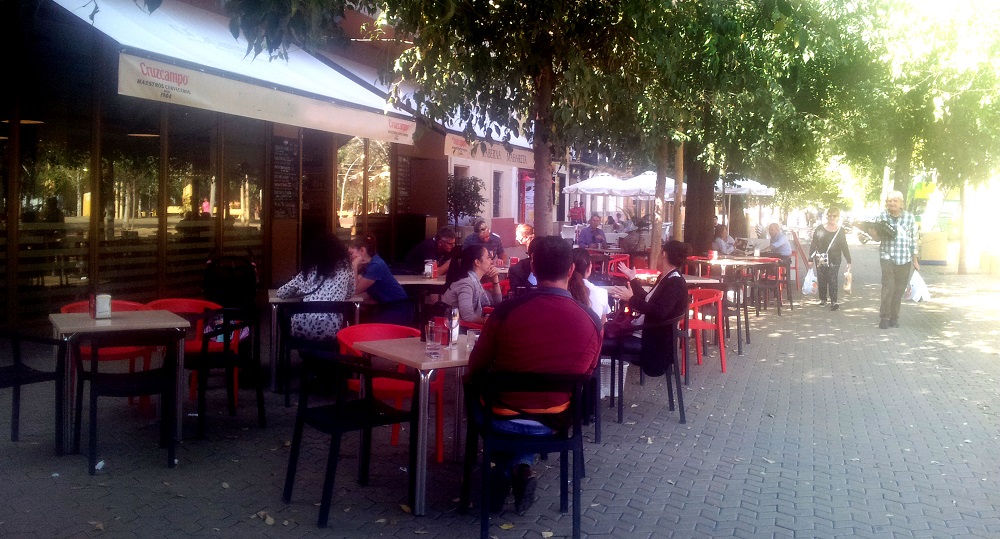 by Patios de la Cartuja
06/03/2019 tags: noches en sevilla 0 Comments
If you travel to Sevilla and you want to know the city at night, read on. In this post we tell you some of the best places to enjoy the nightlife in different areas of the city as the center, Triana and the Alameda de Hercules. Exit through the Alameda de Hercules in Seville Right next to our hotel is the Alameda de Hercules, a tapas bars area, plenty of choice of pubs where you can take a drink and to dance. In this neighborhood you have at your fingertips everything you need from dinner, to drink and dance. The Central pub and Habanilla pub are some of the most typical to this area, and Corto Maltés and Sonoro, all located in the Plaza de la Alameda. There you can enjoy all kinds of cocktails at very affordable prices, you can drink a combined to 4 to 6 euros. If you prefer to dance a little in addition to have a drink, we recommend some nearby venues such as the Fun Club, the Black Box or Kafka, some of the pubs that open late and where music is the star. Nightlife in Seville along the river Another area where there are nightlife are the bars along the river Guadalquivir. There are several local music and pubs where you can take a drink and meet people outdoors. This is a nice area in spring and summer, although perhaps less suitable in winter as riverside colder moisture. The most famous bar is called Capote, is a terrace on the edge closest to the center, at the height of Triana bridge. There you will find trendy music, high tables where you can have drinks outdoors and many young people enjoying the usual good climate of the city. In addition, on the bank of river nearest to the center, on Paseo de Colón, there are kiosks for refreshments in spectacular places located in front of the bullring, La Maestranza and overlooking Triana. Nightlife in Triana in Seville Triana is one of the most popular districts of Seville and Betis street is the one that has more bars and best views to enjoy a drink outdoors or indoors. Among the best known pubs is Cafe de la Prensa and La Fundición. And if you want to go dancing, near Plaza de Cuba you can find the disco Boss, one of the best known of the city. And finally, also in this area, you can enjoy a good drink in London Gin Tonic Club, in Juan Sebastian Elcano street. Nightlife in the historic center of Seville If you are in the city center, there are other places besides the Alameda de Hercules mythical to leave, for example the area of Alfalfa and Arenal. In Alfalfa there are lots of little bars with lots of personality in which there are always people both inside and outside the establishments. Among the most popular places is the Sopa de Ganso or Berlin, sites with great music and atmosphere to enjoy the Sevillian night. In the Arenal we recommend the Groucho club, which has its doors open since the 80s and has adapted to changing times. But if you want to walk around and trying different bars, this area is perfect because it is full of pubs charming where take a beer, or a wine at a good prices like in Postigo 10 Infanta, Bohème, Moderniste , Cafe L'art, etc. And it is that Seville is a city with great nightlife. Whether in Alameda de Hercules (where our hotel is located), or in the downtown area near the Cathedral or in Triana, it will be easy to find a place where dance with music, have a drink or to meet people to enjoy the Sevillian night.

Newsletter and social media
Subscribe to our Newsletter and follow us on Social Media to be the first to find out about all our news
Do you need help with your booking?
Call us : +34 955 283 994